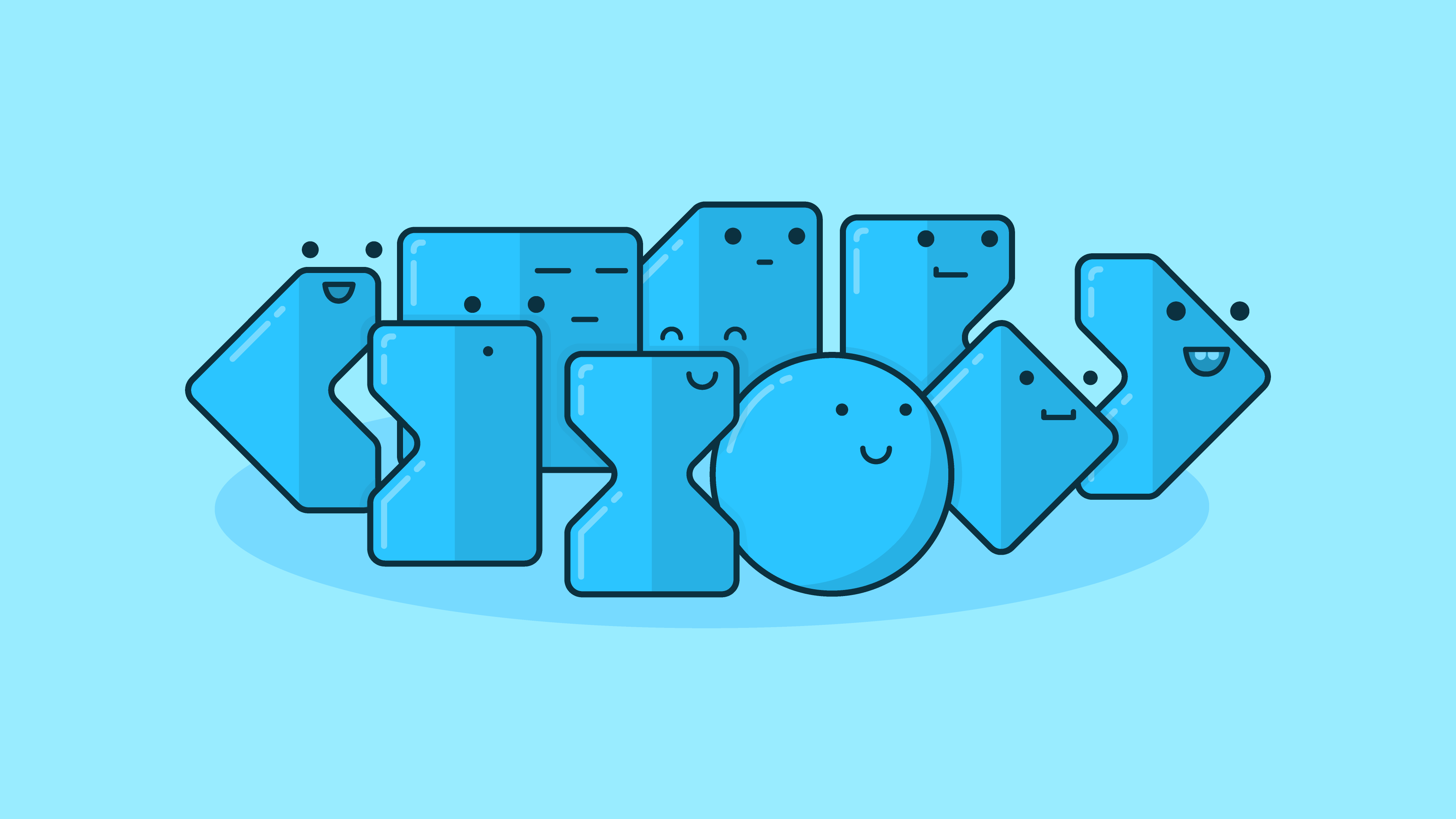 Digital Animation is all about Keyframes. Inside After Effects, you’ll find a variety of those guys and knowing the best way to use them will help your animations to achieve the results you are aiming for.

We’ve talked before about how to improve your skills and craft better animations, and presented some of the animation curves you can use to get different animations. Besides that, the type of keyframe you use for each moment, tells a lot about the result you will get.

For those beginning in Animation and After Effects keyframes can sound very weird and understanding all of them can be difficult. In fact, there isn’t much information on the program about what each one of them does. Also, the way you apply Keyframes is very different from each other, making it harder to memorize in the beginning.

Even for those who already have some experience with After Effects, some Keyframes can be “new” since they are all somehow “hidden” at the same place.

That’s why we are here. I’m going to teach you about all the Keyframes you will encounter inside After Effects and how each one of them will affect your animations.

What The Hell is a Keyframe?

In Motion Graphics, or Digital Animation, they act the same way — they determine what change from a previous pose or moment, and it’s where the actual animation is done.

By knowing and applying the correct type of Keyframe, you can achieve the full power of automatic interpolation, making sure your animation will occur as you had in your head.

I like to separate the Keyframes in three categories that make it easy to understand and visualize each one of them.

Linear Keyframes are those that create a linear velocity. It means that there is no change in speed during the movement.

The Linear Keyframe is the default of AfterEffects. Whenever you begin to animate, the first Keyframe will always be Linear until you change them to another type. When you have an animation that starts and ends with a Linear Keyframe, it will act as we mentioned before — the animation will start and end with the same velocity.

The Continuous Keyframe or Continuous Velocity — when talking about interpolation — works between two Keyframes, which can be Linear or of any Keyframe. What they do is to add a third moment without changing the previous velocity of the two keyframes.

The Eases Keyframes are the most interesting kind of Keyframes. They are the ones associated with the sensation of both acceleration and weight, which are essential in Motion Graphics.

There are two basic Eases that comes from the concept of Traditional Animation — Ease In and Ease Out. Depending on your source of animation principles, you can also find them as Slow In and Slow Out.

However, most of the traditional resources about those Eases can explain it as the opposite of what they mean in After Effects. Since we are relating the Keyframes here to Digital Animation, we will use the concept from Ease In and Ease Out presented in After Effects.

Ease In means that the movement will “come in” slowly to this Keyframe. For example, if we set a Linear Keyframe as the first position and them an Ease In Keyframe as the second one, the animation will start in a linear velocity and gradually slow down until reaching the second position — Just like our guy above.

The Ease Out is the opposite of the Ease In. Instead of having the animation slowing down into the second position (how it was with the Ease In Keyframe), the animation will “come out” slowly from the first position and end up linear, or whatever way you set the second Keyframe to be.

You can visualize the Ease Out as acceleration and the Ease In as a slowdown movement. No matter if you use an Ease In or Ease Out Keyframe, the next or previous Keyframe can be of any type. You can even have an Ease Out Keyframe to an Ease In, what will mean an object to start moving slowly, getting faster in the middle of the movement, and then slow down until reaching the final position.

The Easy Ease is the combination of Ease In and Ease Out in one single Keyframe. Sometimes you have entire animations made only with that kind of Keyframes.

The Easy Ease means that the animation will come in slowly to this Keyframe and also go out slowly from this frame to the next one. The animation reaches some Start/Stop points like in the Linear Keyframe, but with moments of acceleration and deceleration.

The Hold Keyframes are the ones that in fact “holds” the movement. When you need something to stay static or a particular pose to maintain as it is without moving, you should use a Hold Keyframe.

The Hold Keyframe symbol says a lot about it. It makes no animation to happen. It “blocks” the animation in this element or character. It’s also very used when you want to “freeze” a particular frame of a movie you’ve imported, and also when “blocking” a character animation.

One method of character animation is to start by positioning the character poses over time to analyze the timing and spacing of the whole movement. When done in After Effects, we always begin working with Hold Keyframes instead of the Linear or Ease ones.

Hold In and Hold Out

The Hold In and Hold Out are two Keyframes that relates to the Ease In and Ease Out Keyframes I’ve mentioned above. You can have an animation happening in an Ease In Keyframe and turn it into a Hold Keyframe or the opposite.

It’s most of the time used to prevent some bugs After Effects can make when interpolating Keyframes.

A common way to “hold” a position when you don’t need an animation by that time is to duplicate the last Keyframe and place it further on the timeline.

However, After Effects can misunderstand that it should hold the animation, and instead, he creates some weird interpolations that will generate animation between these two identical poses. The Hold Keyframes are there to help you prevent this from happening and avoiding undesired movements.

Keyframes names are related to its interpolation and most of them don’t have a specific name besides their interpolation mode. Even though I like to name them the way I did, It’s not a formal naming convention but one that I find easier to understand.

Combine it with the Animation Curves. It will expand your possibilities and also allow you to make whatever movement you want.

Published by Felippe Silveira in Animation